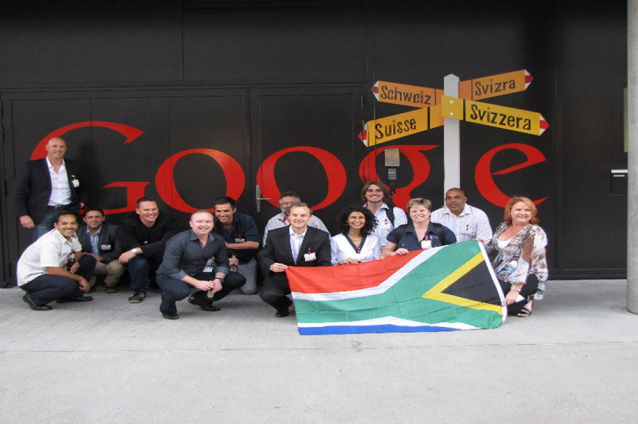 Karen, tell us your story! What is your daily business? How did you enter the world of startups?
I am an Innovation Skills Development Manager at the Technology Innovation Agency (a government agency equivalent to the Swiss CTI). I lead and manage a number of skills interventions that are targeted at national and international skills transfer and partnering initiatives to improve the innovation capacity in South Africa.
Having studied Microbiology and ended up in management of a startup, I realised that being a scientist definitely did not equipped me for the business side of the company. I completed a Masters in Business Leadership and decided that I could add a lot of value to tech startups with my experience and the rest is history as they say…. 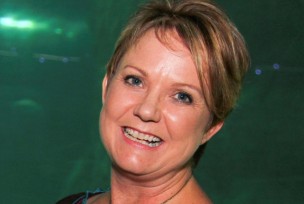 How is the South African startup scene?
South Africa is one of the toughest places to be a startup. Currently South African academic institutions are not structured to develop entrepreneurs but employees. A few academic institutions that try are stuck in old model of developing MBA Graduates who in most cases do not start businesses, instead to run and lead big corporates. The environment in academic institutions does not encourage entrepreneurship and job creation, although employment and job seeking. South African universities need disruption and should offer a START-Up School similar to the Y-Combinator which funds and produces startups on completion of an education program focused on creating a business.
Most start-ups in SA are financed through bootstrapping. Building a company from personal finances or from operating revenues of the new company seems to be the way to go. The reality is that to access venture capital funding is not easy and when you do it binds you to contractual agreements that are not always favourable to the entrepreneur.
Crowdfunding their way into starting their businesses through ThundaFund and similar crowdfunding platforms are gaining momentum in SA. Unfortunately, as in many countries, government regulations and red tape are hindering the start-up scene, however government regulations will always be there and therefore entrepreneurs should push ahead and find all sorts of solutions to deal with it.
South African entrepreneurs are bold and courageous and some of the leading entrepreneurs in the world such as Elon Musk, Herman Mashaba, Vinny Lingham and Mark Shuttleworth are from here. Entrepreneurs should never view tough conditions in South Africa in the negative light, more as stepping stones to becoming successful in business.

What has changed the most in the last 5 years?
The tech startup scene in SA has become more positive with more success stories coming out of the industry – more investment and more successful exits.

Are there some big investors around who like to support the startups?
South Africa has a small number of wealthy individuals with investment sense. They rather emerge in groups to cover the risks of early stage investment. South Africa is not near the investment rates which Switzerland is seeing.
Interestingly 60% of startups are self-funded, only nine percent have received Angel investment and eight percent VC. A rather large 26% haven’t received any funding at all. New research shows that while South African startup companies attract the largest capital investment in Africa, Nigeria boasts the most startup investments on the continent. 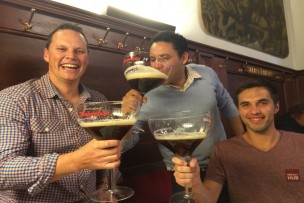 Sometimes you got to have some fun: venture leaders a Pub in Switzerland. (Bild: zvg)

How is the government involved?
The South African National Government’s Department of Science and Technology (DST) has various agencies to facilitate its mandate. One of them is the Technological Innovation Agency which serves to provide funding with the objective of stimulating and intensifying technological innovation in order to improve economic growth and the quality of life of all South Africans by developing and exploiting technological innovations.
One such example of SA Government facilitating innovation, the DST recently announced that it entered into a ten-year partnership with IBM South Africa in an ICT Research & Development and Innovation Program. The partnership commits IBM to an investment of R700- million in a program involving academic development, and research components. The purpose is to build a new Research Africa facility in Johannesburg to be based at the University of Witwatersrand. The facility will focus on Big Data, cloud and mobile technologies to support the country’s national priorities, drive skills development and foster innovation-based economic growth.

Can you name some startups from South Africa which are about to break out?
GPS and navigation equipment giant, Garmin acquired iKubu, a privately-held designer of computer vision and radar systems for the cycling market, based in South Africa. The financial terms of the deal were not revealed.
Garmin noted that iKubu is in the final stages of developing the Backtracker low-energy bike radar, a device that provides unparalleled situational awareness by giving the cyclist the speed and distance of vehicles that are approaching from behind. The road is scanned by a rear-facing radar module that also doubles as a dynamically flashing caution light, and the information is sent wirelessly to a handlebar-mounted head unit.
Springleap – Having launched as a platform for crowd-sourced T-shirt designs, the Springleap team realised they could further diversify their product, becoming a premium design community that assists brands in accessing thousands of creatives for design projects. The genius of Springleap is that its model could sit at the heart of any agency, allowing them to access a huge variety of talent and skills globally.
In a way, Springleap has already made it big, having expanded out of Cape Town to Johannesburg and New York. Late last year, it raised a US$400,000 in funding, and is in the process of entering Middle Eastern and other African markets. It counts the likes of Samsung, SABMiller, Nestlé, Kraft, and Ogilvy amongst its clients
Custos – Custos has found a way to put a “digital alarm” into movies, music and other types of media files, that can detect when a rogue customer purchases content and uploads it to torrent sites, file lockers or file-sharing groups.
The piracy scene in Switzerland is quite interesting, since illicit downloads of content for personal use is still legal (Pending review by end 2015.) IP tracking of infringers is also illegal. This makes the Custos technology very powerful to media owners or rights holders in the country. 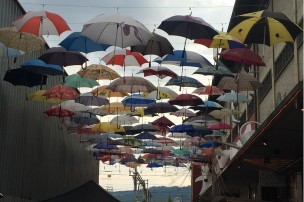 Colourful Switzerland. A few streets are covered like this in Zurich. (Bild: zvg)

Swiss South African venture leaders is a framework providing motivation, entrepreneurial know how and support to South African and Swiss scientists while contributing to strengthen cooperation between the industries of South Africa and Switzerland. How are the trainings by Jordi Montserrat and Beat Schillig from venturelab?
We are extremely fortunate to have access to both Jordi & Beat for our Advanced Technology Entrepreneur program and the Swiss SA venture leaders program. We have brilliant trainers and presenters in South Africa. The duo of venturelab just lift the program to a different level.

What will happen after this summer / in autumn?
During the past Swiss SA Joint Committee meeting, a few changes to the program were proposed to enhance the Swiss SA relationship. Hopefully in a year’s time when we have this conversation again, we can celebrate the first successes of the new program.