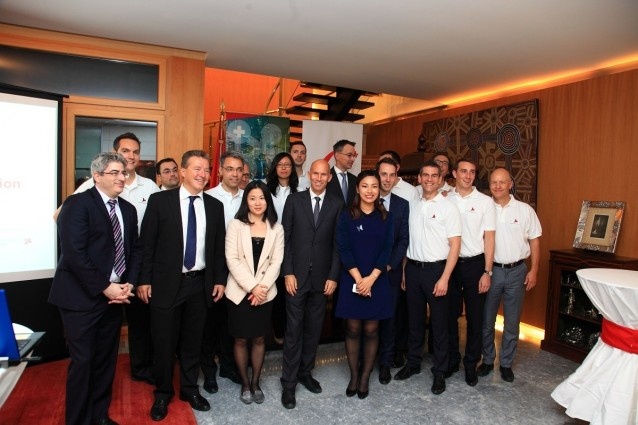 A smashing success for venture leaders China 2015
Before the journey started, the 10 venture leaders were introduced via videos on YouTube by venturelab. The three above mentioned cities, from the North to the South of China with 2000 km distance in between, are selected for the fact that each of them symbolizes China’s politics, economy and culture. For each stop, business-oriented activities were intensely organized, with contribution from domestic and expats coaches, speakers who offered valuable comments and advice to each member of the venture leaders China group. Everyone’s schedule was composed of business match-making meetings in the daytime, and then networking events in the evening, aiming to establish more contacts in the Chinese business community. Jordi Montserrat, managing director of venturelab is happy about the trip: “venture leaders China has been an amazing journey for the whole group.”The Swiss entrepreneurs dare to venture and look for groundbreaking solutions in one of the biggest domestic markets in the world; the Chinese market with over 1.3 billion potential consumers. But “it is not only huge in terms of numbers, it is also growing, and it is growing fast. It is innovating, and it is innovating fast,” stated Mr. Alain Gaschen, Deputy Head of Mission, during an exclusive evening reception at the residence of the Swiss Embassy. Read more about this event here. 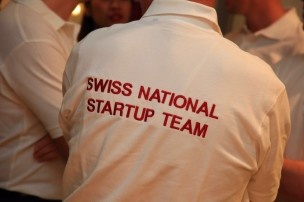 Global Pitchfest
Collaborated with local partners, swissnex China organized 11 workshops and events by engaging around 40 experts participated as coaches. Over 500 local and foreign entrepreneurs were invited for networking. The “Global Pitchfest” took place at breakfast time in Gemma restaurant where you can eat one of the fanciest breakfasts in Shanghai. 22 start-ups competed this year. The 10 venture leaders and 12 international China based start-ups were divided in four groups for the 1st round. Even if the rules looked quite simple (90 seconds of pitching to convince the audience), the challenge was still tough regarding the high level of all the participants this year. At the end of each group, a winner had been selected by the audience; letting 4 start-ups competing for the 2nd round. The audience selected 4 ventures leaders (Comba Group SA, Twingtec, Rqmicro and Nanolive SA) to compete in the 2nd round.

The finalist had two minutes to convince a jury of experts. Finally Nanolive SA won the 2015 Global Pitchfest edition. The EPFL spin-off will get the opportunity to come back to China for a business trip in order to meet new investors.

The trip helped the venture leaders to make the next step. Arik Zucker, CEO of Qvanteq says: “Many thanks to the swissnex team and venturelab for this enriching and inspiring trip. I believe each of us takes back high values to grow future business.”

Surprisingly, only half of venture leaders get on board after the program finished in the last station in Shenzhen. The rest extended their stay and beat each on the speed, explored deeper into the cities with business, far beyond venture leaders radar geographically. Some of them will return to China very fast. For example Thomas Fessard, CEO of Spirochem: “Looks like I’ll be back soon. Thanks to venture leaders colleagues for the good fun we had.”

TomTom Africa and Huawei partners with venture leader Rapid Response
Meanwhile in South Africa venture leaders alumni partner with big companies and were selected for great awards. Rapid Response is an organisation devoted to the mitigation of criminal and emergency activity in South Africa’s developing and established communities. In 2013 the Rapid Response model won the international Labour Organisation’s enter Prize Job Creation Challenge, and was considered the most innovative ICT concept. 2014 the startup creamed off the first prize at the Google PitchFest in Zurich. Now TomTom Africa and Huawei partners with the South African startup. Read more about the partnership here. 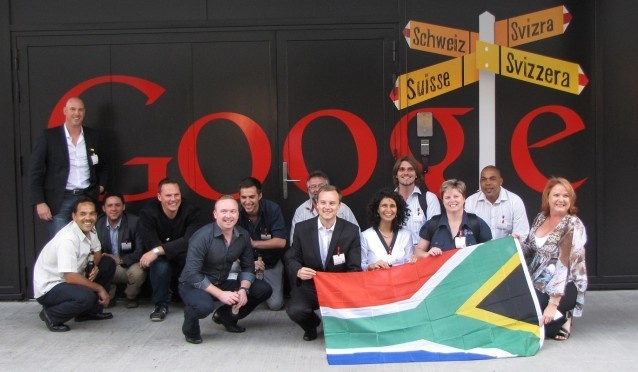 Marlize Holtzhausen (3rd from right) won the first prize at the Google PitchFest 2014 in Zurich.

Recently another South African venture leader announced a great success: Ludwick Marishane has been selected for 21 ICONS South Africa. Check out the video:

iRewind reached the top of the mountain

Duncan Sutherland (CEO of TwentyGreen): «Our company can develop very well in China»