Swiss startups are successful on an international level. This time two startups, Poken (VD) and Climeworks (ZH),  are getting some attention at the Marrakech Climate Change Conference. Switzerland in general is rocking the place. The Global Entrepreneurship Index (GEDI) was announced and Switzerland is almost on the top the ranking. 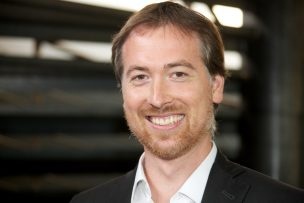 Poken helps the Marrakech Climate Change Conference go green
The Government of Morocco has selected Poken, the 360º event platform, to provide its smart event technologies to the Marrakech Climate Change Conference taking place in Marrakech 7-18 November 2016. A number of features from the Lausanne-based startup suite will be used, including smart badges and NFC/iBeacon readers, within the Blue Zone at the Marrakech Climate Change Conference, a space managed by the United Nations (UN) and where the official meetings will take place. Supporting 200 side events and 120 exhibitors, Poken will significantly reduce paper usage by enabling the digital exchange of documents and brochures. Thousands of conference delegates will be provided with an interactive USB stick, allowing them to collect documents “with a touch”, by swiping their device on digital readers at exhibitor booths and in a media collection area within the conference.

Poken laid the ground of success in its early years. The startup won the Venture Kick final (2007), was part of venture leaders 2008 and was named as a TOP100 startup of Switzerland in 2011 & 2012. Stéphane Doutriaux, Founder & CEO of Poken, is happy to participate with his startup at the Climate Change Conference: “Our event technologies have already been successfully deployed at seven UN events. Poken supports the core sustainably message of the Marrakech Climate Change Conference by enabling the digital exchange of documents, helping all of those involved to ‘go green’ by cutting out paper use.“ Get the full news on Event Industry News. 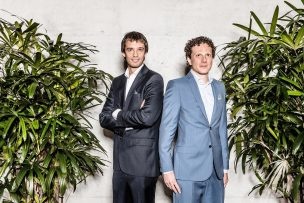 The co-founders of Climeworks, Christoph Gebald (r) and Jan Wurzbacher.

Climeworks presents CO2 Capture from Air
During the Conference in Marrakech, for the first time ever a “largescale technical-solutions conference” for senior delegates by UNFCCC and experts of technology of the 196 states will take place. Focus during the three-days “Low-Emissions Solution Conference” is a presentation by 20 chosen cleantech start-ups that introduce their scaleable technologies. The venture leaders (2010) alumnus will show its efficient solution to filter CO2 from ambient air and share the potential for climate protection.

The Climeworks CO2 Direct Air Capture (DAC) technology is based on a cyclic capture-regeneration process and a novel filter. DAC allows a significant emissions reduction through the production of low-carbon fuels and eventually enabling negative emissions when combined with a permanent carbon storage solution. The Climeworks founders have set themselves an ambitious goal: capturing one percent of global CO2 emissions by 2025. Simply by changing the number of modules, Climeworks’ DAC technology can be freely scaled to meet the demands of any application and has a carbon removal potential that is relevant for achieving climate targets agreed upon in the Paris Agreement. Climeworks’ products have several commercial applications: In the short-term the company targets large merchant markets by selling air-captured CO2 to customers like greenhouse operators or the beverage industry, which currently receive their CO2 primarily as an industrial waste product and often from the combustion of fossil fuels.

Check out the explanation video of Climeworks:

Switzerland is #2 on Global Entrepreneurship Index
The Global Entrepreneurship Index (GEDI) is an annual index that measures the health of the entrepreneurship ecosystems in each of 137 countries. It then ranks the performance of these against each other. This provides a picture of how each country performs in both the domestic and international context. The GEDI methodology collects data on the entrepreneurial attitudes, abilities and aspirations of the local population and then weights these against the prevailing social and economic ‘infrastructure’ – this includes aspects such as broadband connectivity and the transport links to external markets. This process creates 14 ‘pillars’ which GEDI uses to measure the health of the regional ecosystem. Switzerland is ranked as #2 on the ranking. The Top 5 are:

Check out the whole ranking here.