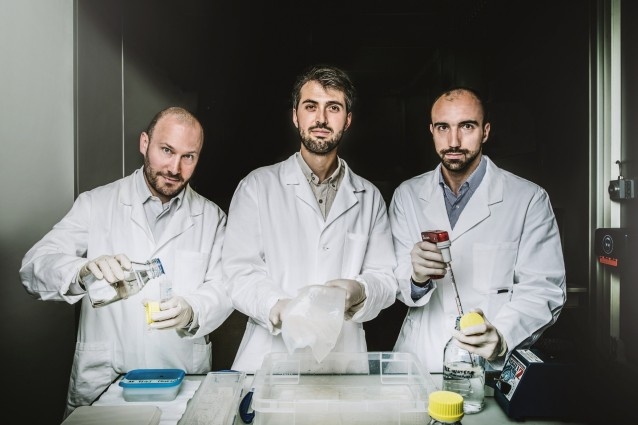 Simone Bottan (picture below) is co-founder and CEO of the ETH Zurich spin-off HYLOMORPH. He and his collaborators have developed a revolutionary anti-fibrotic solution for soft tissue repair which minimizes foreign body reaction and fibrosis upon operation. “It’s been over 60 years since the very first modern medical implant has been used in a human”, Bottan says. “Yet, no matter how hard we have tried to engineer and imitate nature, our body still recognizes state-of-the-art implants as alien.” And it initiates a so called foreign body reaction, which ultimately leads to the build-up of a fibrotic tissue capsule around the device. Fibrotic tissue is meant to isolate the foreign body in the attempt of “killing” and “expelling” it. 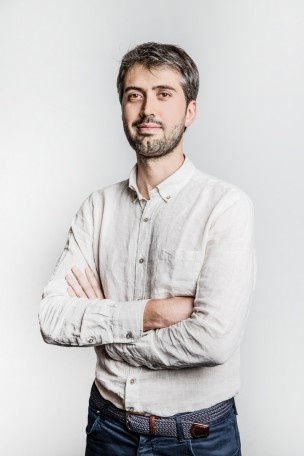 Not afraid of the competition
Bottan is not afraid of the competition: “There are other companies out there working on strategies for pocket stabilization based on collagen. But we are the only ones focusing strongly and primarily on the key challenge of eliminating fibrosis.” HYLOMORPH is the only company in the world that can keep fibrotic encapsulation under control in the long term, which is key for this problem.

In 2015, the startup has been integrated into the HeartOne project of Wyss Zurich, a translational research center of ETH Zurich and University of Zurich, for further development towards the clinic. The project aims to improve heart pumps, notably by preventing implant-induced foreign body reactions, which significantly complicate subsequent surgeries and patient recovery. This technological advancement has the potential to dramatically improve safety and quality of the life of patients, whilst reducing healthcare costs. The spin-off also works together with the University Hospital Zurich and with the Deutsches Herzzentrum Berlin.

venture leaders & Venture Kick
In the same year, Simone Bottan had the chance to present the project in Boston and New York to high-profile investors and industry leaders with the venture leaders program. “The program helped me surely growing as an entrepreneur and tailoring my mindset around market and customers rather than around technology and science”, he says. He learnt he should move his efforts away from finding a technology-to-product fit as fast as possible into a solution-to-problem fit first and in a product-to-customers second. “One unforgettable take home message for me was that ‘entrepreneurship is all about execution’.” If you want to succeed like Simone Bottan did, apply for the upcoming editions in Boston and China.

2016 was another successful year for the company. The startup won the Venture Kick final and received 130,000 Swiss Francs. Some portion of the money was invested already: “A part of the price money went into product development – to set-up our suppliers chain and OEM relationships for the GMP/medical grade production of our product”, Bottan explains. Another part went into the assessment and definition of our regulatory path. A third part was invested into business development. It pays costs for surveys and visits to KOL surgeons for face-to-face presentations.

During the process, Bottan learnt a lot in the so-called Kickers Camps. The message he’ll keep in mind forever is: “Never stop enjoying what you do!” Because enthusiasm feeds creativity and creativity is key to innovation.“

Check out the promo video of Simone Bottan recorded right before venture leaders 2015: