Jan Rüegg is the CTO at CatchEye. He specializes in visual computing. In this interview, we talk about how a simple goal of eye contact in video has led to a more human experience in communication technology. 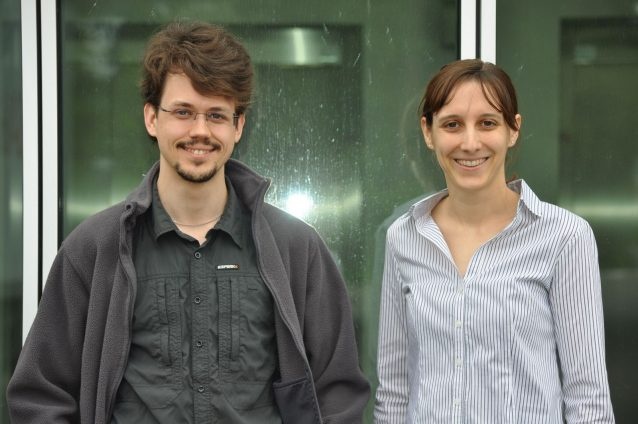 Jan Rüegg and Claudia Plüss are co-founders of CatchEye.

CatchEye develops algorithms and a software to improve communication in video calls. The CatchEye software plugs into existing video call systems like Skype or Google Hangouts. It enables eye contact and removes distractions from the video feed. This enhances the video call experience and helps users to build trust and develop more personal relationships over video. Last week Claudia Plüss, CEO of the company, was in Silicon Valley last week.
She was part of venture leaders Technology and learnt a lot from this roadshow. Read what she and the other participants took away from this past week. If you want to succeed like Claudia did, apply for venture leaders Fintech. If you think you and your startup have what it takes to be on venture leaders, apply now! Final date for submission of applications is May 14th. For more informations click on this link.

But now lets see what Jan Rüegg has to say. The interview is provided by Sunnie J. Groeneveld of Inspire 925.

Jan, who are you?
I started studying at ETH in 2007. In 2012, I finished my studies and went to work for the ETH Spin-off Dacuda, for almost three years. Basically, I came to ETH with the plan to build startups.

What are you developing at CatchEye?
What we’re trying to do is to improve the experience you have during video communication. If you think about what has happened in remote communication over the last few years or decades it is impressive; at the beginning, you had mail, then you had phone calls and now you have video calls. In essence, human connectivity has been improving one step at a time.
But still, it’s just not quite the same as a normal face-to-face conversation. We’re trying to change that by improving various things in video calls: We’re making sure the faces are centered and perfectly lit, enabling people for the first time to have eye contact during a video call and ensuring there are no distractions during the call. 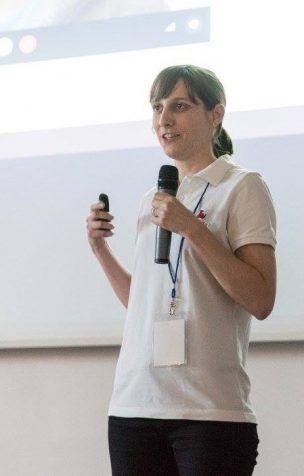 Claudia Plüss was pitching in Silicon Valley. She was part of venture leaders Technology.

Who is your target audience with these tools? Is it the single consumer or is it companies who might get a benefit out of this?
Our vision is to have everyone use the technology, of course. We started with 3D cameras, that makes it easier to get high quality results, and targeted companies that don’t mind buying the additional hardware. However, we realized that this approach is hard to scale. So last year we began rolling out all of our features to normal webcams as well. While the 3D version is still a little ahead in terms of features and robustness, the webcam version already supports most of the functionality. Anyone interested can download and try it from our website.

From the experience you are currently making in the field: Do you think that one day the virtual reality will be able to substitute real life?
I wouldn’t really say substitute. Right now, we’re focusing on video because that’s what everyone is using at the moment. We expect that, in the future, these kind of meetings that we have right now could also  be done in virtual reality. But there are various problems about how to make it natural and how to really communicate in a way that it doesn’t feel awkward and that comes close to a real meeting.

What gave you the idea to create CatchEye?
It was actually Claudia Plüss, co-founder of CatchEye, who had the idea. During her PhD, she developed a similar technology for telecommunication and also for eye contact. When I heard of it, I immediately saw its disruptive potential and thought the technology was very cool and could really change the way people communicate.
In general, I think video calls aren’t used as often as they could be today. People predicted that video calls would come ten years ago or so. I think one of the reasons why this didn’t happen is because video calling didn’t really deliver on what it promised. It promised being closer to real meetings, but it didn’t really do it because of all these issues we are trying to solve now. I hope this will provide a way to fulfill these promises.

Interview with Sandipan Chakraborty by GlobalTechBox.com