With the CHF 260’000 granted to both projects, the total amount of pre-seed money given by Venture Kick to Swiss startups has reached CHF 20 million. Next week, the program will hit another milestone by supporting the 500th startup project since Venture Kick’s creation in 2007.

VAULT: Reimagining the mechanical watch
After starting a career in the police and witnessing life and death situations, VAULT founder Mark Schwarz decided to create his own horological startup dedicated to mechanical art and time. The first product of VAULT is the V1 watch which aims at opening a new chapter in watchmaking: Rather than keeping time, the piece sets a unique experience for its owner, reminding us to celebrate and cherish it. 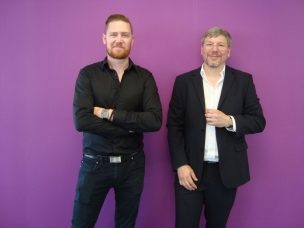 Thanks to one of the world’s 15 greatest watchmakers, Swiss horologist Andreas Strehler, VAULT was able to cross the boundaries of mechanical skills. The movement of the V1 watch is totally autonomous, something which was never been achieved for a mechanical timepiece before.

With the support of Venture Kick, CEO Mark Schwarz was able to connect with hundreds of watch collectors and enthusiasts around the world, and launch the VAULT concept at SalonQP in London. The first prototype is almost finished. “Venture Kick helped us to build a new Swiss luxury watch startup and thus create a new chapter in Swiss watchmaking, and spread the word around the world”, said Mark Schwarz after the final.

Learn more about VAULT in this video:

hemotune: Revolutionizing blood purification to save more lives
The medtech startup hemotune is developing a radically new medical device for the purification of blood in acute care. Their first focus lies on crafting an efficient therapy for patients with sepsis, a devastating condition causing 6 million deaths worldwide every year. 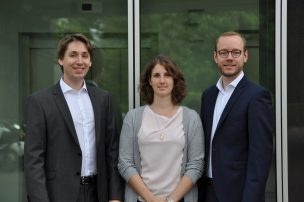 A promising treatment strategy consists in the removal of disease-causing toxins from the blood of patients, however current blood purification approaches are very limited in their selectivity and efficiency.

Since its creation in 2016, hemotune was able to hit important milestones. It is among others supported by Wyss Zurich and the Gebert Rüf Foundation, and won the support of the industry leader Zühlke to advance their first prototype. “Venture Kick helped us to grow on all areas linked to our business. Making it to the final stage of the program was not easy, but it got us prepared for the challenges ahead” explained CEO Lukas Langenegger after the big final. Check out the interview we did with Lukas a few months ago.