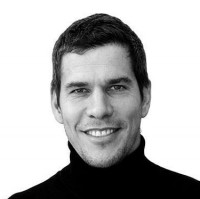 What is shore’s concept?

Shore is a Web Platform to leverage Twitter Content and Communities. We create unique experiences for Brands, Media and Event organizers and their own customers.

How did it all start?

We have been using social media services for a long time and observed the rise of Twitter. We loved the simplicity of the service but found it difficult to really follow what’s happening on it next to your small personal community. We decided to create a tool to let people create meaningful contexts on Twitter.

And what are you guys working on right now?

We have a very interesting project with KPMG Global for the WEF annual meeting in Davos in January. We will launch our new version of the platform with great new and innovative functionalities.

Before Shore, you work on a number of different web projects. What was your most important learning?

«Get real», don’t think too much, go to market early. Whether you’re doing a B2C service – get a prototype early to a sample audience and get their feedback – or whether you’re doing B2B – try to sell your service or features of it before they exist. Be open, share, discuss and iterate and make progress.

As you went and founded Shore, in what area did you lack the most skills?

Sales, being able to define a price, defend it and convince customers to pay. We had poor experience in this domain, even though we’d been selling consulting and development services for years. Having a product is different.

Why did you choose to become an entrepreneur and what would be an alternative profession?

I studied Architecture and worked as an architect but only during one year. I’ve always been passionate about innovation, creating new things and also business, creating value out of ideas. Then I discovered the Internet and decided to move to this industry, first as a designer, then a developer, project manager. Nowadays I mix these skills, being able to design things that can be developed. Otherwise I think I could have been an architect, and within a company an innovation thinker (as I was at Swisscom before leaving with the Spin-off coComment).

Are there business ideas where you’re annoyed that you didn’t have them first?

Good question. Many ideas stayed on paper and never got concrete. For example I had developed a service called get.info in 2002, on which many friends were sharing pictures and messages from their mobile. It went big in our network but I was not making a living of it so I decided to shut it down one year after. Now friends tell me that this was like Facebook but before it. But to be honest, there is no comparison possible. To make it short, personally I don’t care about missed ideas. An idea is nothing, you have to execute it, make it real and fight to make it survive along the way.

Marketing strategies: Do you have hints for other founders?

The customer is king, but have your own roadmap and try to make it happen with your customers, teach them and drive them. And as this road is not simple, find partners, find co-founders who are complementary to you – in their skills but also on the personal level. For example I’ve worked with Maximilien Penet for many years, we have a deep respect for each other and are perfectly complementary. Shore.li is first about the two of us.

I really like what the team at webdoc.com does. They have found a clever way for brands and artists to engage their community and ask for their participation, in a creative way.