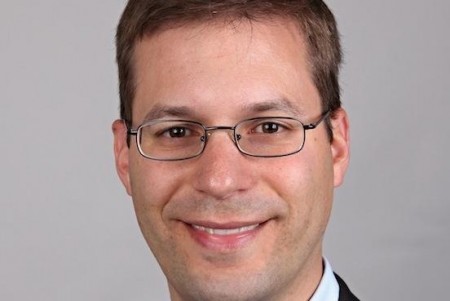 SUNNIE: Who are you?
JULIAN: I’m a biochemist by training. After my PhD within a pharmaceuticaL research project at ETH, I became the CEO and co-founder of Covagen.

SUNNIE: What does your company do in one sentence?
JULIAN: At Covagen, we have developed a technology which can be used to improve the efficacy of therapeutic antibodies.

SUNNIE: You’ve gone from idea to company to selling your company successfully for over CHF 200 million reportedly. If you could go back in time, what advice would you give to your younger self?
JULIAN: One thing I’d advise myself on is to start earlier and more heavily with advertising the company and its technology. As a scientist, you have this idea that if you publish something people will read it and know about it. But in reality, you need to do a lot more for people to notice you.

SUNNIE: Having sold your company for reportedly over 200 million, is it different to get up in the morning?
JULIAN: Yes in some ways. In the past when I thought about my priorities for the day, it’s been mostly about fundraising and business development. Now it’s more related to our research projects as well as some integration processes.

SUNNIE: What do we need to do in terms of ecosystem to have more success stories?
JULIAN: Promote the community! Especially for those starting out, it’s important to know there is a community of people who have founded a company. Other factors are more difficult to influence, like the number of potential acquirers in proximity to your company or the amount of risk capital available in Switzerland. The Novartis Venture Fund for example was extremely important for Covagen. A larger universe of venture funds would definitely help the Swiss innovation ecosystem grow.

SUNNIE: Why do you think you were successful?
JULIAN: There are many success factors, but I think one key thing is that you are really persistent, but also flexible as to how to adapt your business idea to the market environment over time.