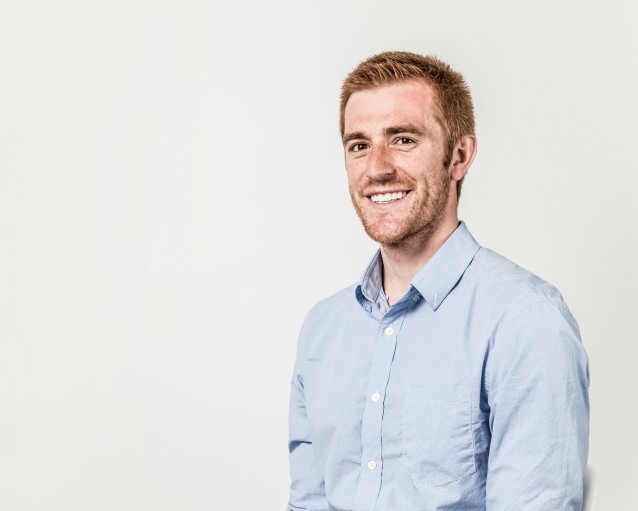 Chris, CellSpring is a bio-tech company based in Zurich. How and when did you found the company?
Actually we have not founded the company yet. We plan to do so very soon, and will be headquartered in Zürich. We work out of the ETH Zürich Innovation & Entrepreneurship Lab.

Your core technology is the 3D Bloom. What is that exactly?
Traditional in vitro tests are done by growing cells on plastic surfaces like petri dishes or well plates. Those have been valuable tools for a number of important discoveries in biology, but there is a revolution underway as we develop new ways to culture cells in 3D environments that better mimic the conditions in which they live in the body. 3D Bloom is our proprietary platform for assembling cells in 3D – think of it as a “bio glue”—and we can use it to make tissues with different functions depending on the cell types we use. These small tissues, which are about 0.5mm in diameter, can be used to test a new pharmaceutical and improve the predictability at a very early stage as to its effectiveness or potential toxicity. Our vision is that 3D Bloom microtissues will reduce the number of drugs that fail during clinical testing, with a long term goal of significantly reducing the number of animals needed for preclinical drug screening.

CellSpring is an American company. But you decided to come to Switzerland, which is unusual. Most of the time it is the opposite way. Why did you come?
CellSpring is a Swiss company, which just happens to have 2 American co-founders. I came to Zürich in 2009 after finishing my bachelor at Tulane University in New Orleans–which happens to be the hometown of both my co-founder, Kramer, and I. A research mentor encouraged me to look abroad for Masters programs, and I settled on ETH which has a great reputation. It was a bit of a spontaneous decision and it was only supposed to be for 18 months, but 6 years later, I’m still here! I had a great opportunity to stay for my PhD and work on a project that really motivated me, and now my scientific network is actually based in Zürich so it wouldn’t make sense to leave now.

How difficult was it for you to leave your homeland?
It was easy to leave. I was ready for an adventure and excited to be challenged in a brand new environment. Things have become more difficult over time, though. I was late to meet a friend recently and was told “You can’t do this anymore, you’ve been here a long time and you know how it works here now”. I do know how it works now but just because you take the boy out of New Orleans, doesn’t mean you can take the New Orleans out of the boy.

Can you describe the american business culture? How do Americans handle business? Is it very diffierent to Swiss?
CellSpring seeks to blend the best aspects of American and Swiss business culture into our identity as a company.  We’re fortunate to come from the U.S. — an entrepreneurial country with a relationship-driven environment that encourages risk-taking and building businesses on a global scale.  We’re also fortunate to be headquartered in Switzerland —  where investors and industry emphasize the key details and push you to establish highly specific plans.  We believe there is great power in combining the American attitude of big thinking with the Swiss devotion to precision and quality, and that is what CellSpring aims to do.

How many partners/investors do you have and who are they?
We have been very lucky to partner early on with one of the bigger pharma companies in Basel, with a smaller cancer diagnostics company in the U.S., and a number of academic labs in the Zürich area. Those partnerships have been extremely valuable to us as learning tools for test-driving and validating our technology with our future customers. Nobody can give better input than the product end-users. We have been fortunate with funding so far through grants and competition winnings, and we plan to raise our first investment round in Q4 of this year.

Last year you were named ETH Pioneer Fellow and CellSpring got the stage II kick by Venture Kick. How did these successes push CellSpring?
The ETH Pioneer Fellowship was really crucial in enabling us to commit to CellSpring full time as it covers our salaries, lab space, and office space for 1 year. With the Venture Kick stage II we’ve been able to invest more into our partnering, using the funds both for fueling our ongoing pilot projects and for traveling to big biotech conferences to look for additional collaborators. Winning these prizes has also been a great confidence boost for us since it shows a certain validation of our business model and that we have a solid team that is proving that it can execute.

Recently you were named venture leader 2015 and will travel to Boston and New York for a business development trip. What do you expect from this event?
The trip to the U.S. will be another great opportunity for us to get feedback from industry leaders regarding our business model and plan for reaching the market. While we are based in Zürich, we will want to establish a presence in the U.S. – it will help that both co-founders are Americans. We will have a very early opportunity to evaluate which parts of our pitch resonate in the U.S. market, and where we should put our focus. On top of the Venture Leader events in NY and Boston, we will also travel to Philadelphia during the trip to take part in BIO 2015 — the largest biotech conference in the world. (Anm. Red.: Chris Millan kann man am Startup Champions –  der Kick Off Veranstaltung der venture leaders – am 22. April an der EPFL in Lausanne treffen.)

What are your next steps?
We have a lot on our plate for the next 6 months. We are applying/in the running for a number of additional funding opportunities that will help us grow our team, with a first hire likely coming in the form a scientific-minded director of research. Along that vein, it will be critical to continue executing successful collaborations with our partners to grow the bank of data that supports the 3D bloom technology.