Sterilux wants to help developing countries with a sterilization technology. We talked with founder and CEO Marc Spaltenstein about his company, his take aways from the Academy Industry Training Camps (AIT) in India and in Switzerland this year, and his future plans. 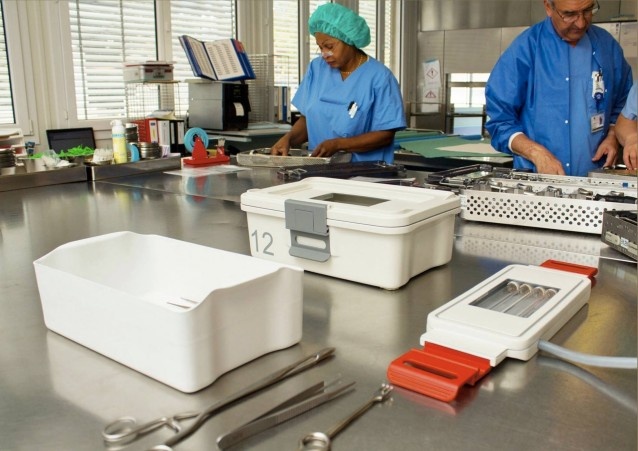 Sterilux offers a sterilization technology for medical devices which is affordable for everyone: simple, robust, effective, „off-road“ and at a very small cost. With the safe and ecological technique, inhabitants from developing countries can be operated without threats of infection or septicemia.

Marc, before we talk about Sterilux, tell us your story. What did you study and why?
I studied Life Sciences at EPFL because I was interested to do something related to medicine and biology. At that time, I had in mind to carry on my studies with a PhD in cancer research.

Marc Spaltenstein studied Life Sciences at EPFL because he was interested to do something related to medicine and biology.

After your Ms degree, you did an internship with a medical devices company in Neuchâtel. What did you take away from it?
In the scope of this internship I had to find an alternative way to sterilize medical instruments on site. I developed a new technology and at the end of my work there I was able to buy the patents I developed. This changed my initial goals to do something related to cancer research. I thought that this opportunity to own patents and develop something to be placed on the market could only happen once in a lifetime. So I took this opportunity.

How did the idea of Sterilux come up? What is the SteriBox?
At the end of my work at the above mentioned company in Neuchâtel, I decided to change the direction of the project and to develop a product targeted at developing countries. The sterilization process we are developing at Sterilux comprises a control station (our machine) and SteriBoxes that are the boxes where the medical devices are sterilized and stored. 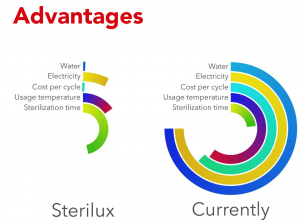 You participated in the „Startup Essentials“ workshops in 2014. How did they help you and what did you learn there?
The courses helped me a lot.  I for ex. learnt  about the  legal aspects of creating and running a startup, business plan, patents, how to raise money, etc. It was also motivating to see that everyone launching a startup is facing the same problems. This course also gave me some useful contacts that I am still currently using.

You just raised CHF 500.000 in March 2016 with Swiss investors. How will you make use of the money and what are your next development steps?
We will spend the money for salaries, the production of the molds to inject our SteriBoxes,, validation and certification, the production of 10 machines (for promotion purposes), travels to India andoffices rental. In 2017, we will need around CHF 1.5 Mio to launch the product on the market. We will freeze the design of our machine in August 2016 and the first units will be ready before the end of the year. First tests will take place early in 2017.

You took part of the Academy Industry Training Camps (AIT) in India last year. What were the benefits of that the program?
I took part in the AIT Camp 2015-2016 (which is still running). We were four of the team to be in India during the camp (two of the team were part of the AIT Camp and the remaining two presented our prototype to 15 different hospitals), and so we learned a lot there. We were able to visit hospitals thanks to swissnex India and their support, as well as to collect feedbacks from medical staff.

What did you do on this trip?
We visited hospitals, we talked to various experts, we had some interesting courses like legal requirements.

Any interesting connections you made during this trip?
We established new contacts with hospitals and some want to start experiments with our machine once finished.

If you want to succeed like Spaltenstein and his company, apply for the next AIT Camps in India & Brazil until May 20th. Meanwhile check out the a video coverage „La Télé“ did (in French) on Sterilux last year: