On April 21st, 2016, a great audience gathered at EPFL Rolex Learning Center to take part in the Startup Champions event of venturelab with the venture leader Knip and the international investor Christophe Maire. The happening was also the official kick-off of the two venture leaders teams which will fly to Boston and New York in June. 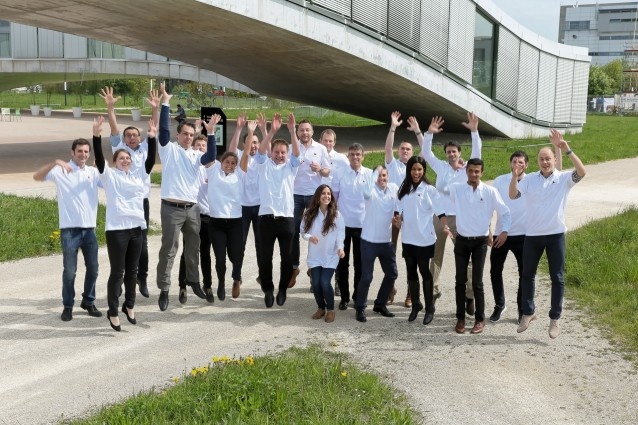 After 15 successful editions of venture leaders USA bringing 20 Swiss entrepreneurs to Boston and New York during 10 days, the program was split in two this year to better fit with the needs and expectations of the two ecosystems’ investors and to offer a more targeted option to the winning candidates: the venture leaders in Life Sciences and the venture leaders in Technology teams, composed of 10 high potential startups each.

“Boston and New York are both world class innovation ecosystems, but have different strengths. For example,  Boston is extremely strong in domains such as biotechnology, medtech or energy, whereas New York offers great opportunities in fields such as mobile apps, fintech, media or Big Data”, explains Felix Moesner, Swiss Consul and CEO of swissnex Boston, venturelab’s longtime partner and co-organizer of the venture leaders trips in the US. New York and Boston now await the next ambassadors of Swiss innovation in the US.

Alberto Hernando is one of the venture leaders. He can’t wait to travel to New York. „I’m very excited. The team seems to be very nice. We’ll might have e great trip together and will hopefully succeed over there“, he said. His startup SthAR is on a roll. It lately won Venture Kick Stage 2 and took part of the Academy Industry Training Camps (AIT) in Brazil. You can apply for the next AIT Camps in India & Brazil until May 20th 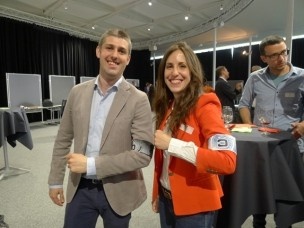 The captains of each team were elected by the public on April 21st too, after their pitch: captain of the Technology team is Michela Puddu, co-founder and CEO at Haelixa. Puddu said: „I didn’t expect to be elected captain of my team. But I feel good about it. Maybe my red jacket helped me to win!“ Captain of the Life Sciences team is Andrea Maesani, co-founder and CEO of Intento. We talked with Maesani last October about his company and his success in Venture Kick.

The official hashtag of the Startup Champions events, #Suchamps, made it in the Twitter trends of April 21st, 2016. Check the tweeter coverage that day. On April 29th, 2016, BKW published an article about embotech, in French and German.

Hi New York & Boston: The Swiss National Startup Team have succeeded in the US