The glamorous venture leaders graduation ceremony took place at the US embassy in Bern. The guest list promised a who-is-who of the startup scene and they all showed up. A recap. 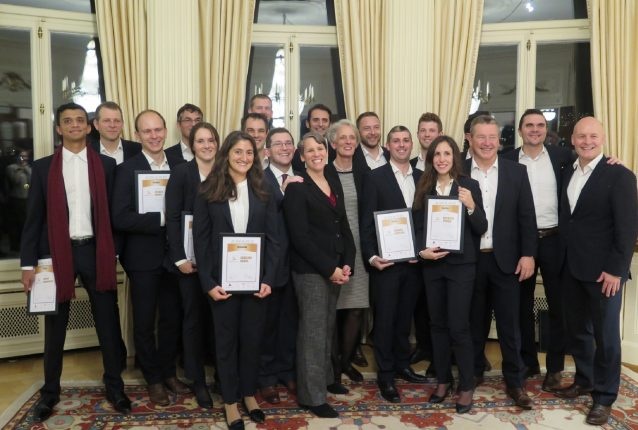 On November 22nd the Swiss startup scene gathered at the US embassy in Bern to celebrate the venture leaders (#vleaders) of this year, who spent this past summer in the States to accelerate their ideas and startups. They received the traditional certification during this event.

The embassy was packed. Jordi Montserrat, managing director of venturelab Romandie, welcomed the audience. He proudly announced: “We will continue to build on the solid foundation established until now, with a new vertical in Fintech for 2017, and adding Silicon Valley as destination for the technology team.” 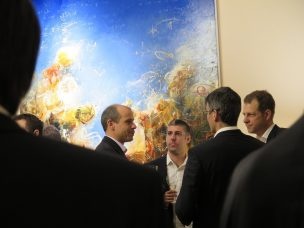 #vleaders shows how the eco-system works in the US
After the welcoming, he introduced Ambassador Suzie LaVine who will return to the US in January. She gave e passionate speech and told every entrepreneur to “hold on to your dreams and to succeed no matter what.” Dr. Adrienne Corboud-Fumagalli (VP for Innovation and Technology Transfer at EPFL Innovation Park) was also there. Therefore, the audience shared a unique glimpse on the speakers, who do a lot for Swiss innovation.

Jordi Montserrat said: “It was a special moment to share with Ambassador Suzi LeVine and VP Adrienne Courboud- Fumagalli, which have been amazing supporters of startups and which are now leaving their respective positions for new challenges. We will continue the hard work to bring more brilliant startups to the global markets thanks to the great foundation they have contributed to build.“

After the speeches, each venture leader was asked to step forward, to receive the graduation award and to pitch in front the audience. All of them performed very well and tried to reproduce the high energy they soaked up in the States into their pitches.  Daniel Meier, co-founder of Aerotain, gained a lot of experience during his time with venture leaders. “I studied and did an internship in the US but venture leaders finally showed me how the eco-system really works over there. It helped me and my startup a lot.” 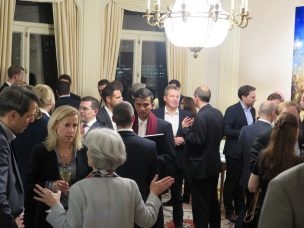 Résumé of the entrepreneurship-scene of Switzerland
A lot of experts and startup supporters joined the ceremony to witness how these entrepreneurs have advanced since they have been on the venture leaders trip. Remi Walbaum, President of long-term partner Innovaud, was very impressed: “The whole event tonight is a résumé of the entrepreneurship-scene of Switzerland, which is very dynamic. I am pleased to be here at this event but also here at the US embassy, which helped our industry a lot.

Ambassador Suzie LeVine was happy to talk to the Swiss entrepreneurs because “these young individuals are embracing innovation and taking it on themselves to build these businesses to support their great ideas. And the venture leaders program is great example of that.” Jordi Montserrat is also very pleased with the program and with the graduation ceremony. He said: “The 2016 edition has set a new evolution of the venture leaders with the selection of startup teams per field in Life Sciences and Technology, contributing to an even higher impact of the program.”

Ambassador LeVine will be missed. But the growth of the Swiss startup and entrepreneur-scene can’t be stopped. A lot of the visitors of the graduation ceremony are looking forward to the next adventures of the Swiss national startup teams in 2017.

Some impressions of the event: