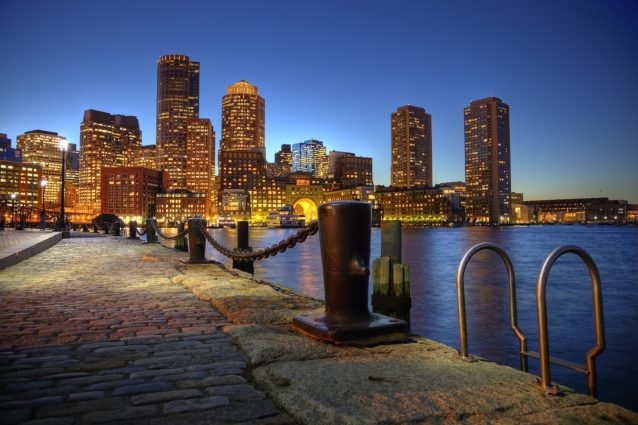 Leaving to Boston on June 11 until June 17, this year’s venture leaders Life Science forming the “Swiss National Startup Team Life Science 2017” reflect the impressive quality of Swiss startups, whose innovations come from the best universities and research institutes of Switzerland. This year’s winners develop lifesaving technologies such as a cell imaging platform to accelerate drug discovery, a prosthesis which allows amputees to naturally feel their missing limbs again, an ingeniously simple approach to computed guided needle navigation in the body, or an accurate, safe and cost-effective imaging technology to detect breast cancer at an earlier and more treatable stage.

Boston, the hotspot in the US for Life Science startups
One in two francs invested in pharmaceutical research worldwide finds its way to the US. In particular, the greater Boston area is a veritable hotspot for the global life science industry and research. It also includes the branches of venture capital investors and major corporations who are always looking for novel ideas and partnership with startups, including the young Swiss companies selected by venturelab: “The venture leaders program has successfully identified and supported many of the most promising Swiss startups in their growth efforts at an international level”, explains Jordi Montserrat, Managing Director of venturelab. Today, venture leaders is considered as a flagship initiative for startups and a pioneer project to help them meet crucial growth objectives beyond the Swiss frontiers.

Meet international investors and build a global business
Since the start of the venture leaders program in 2001, over 300 Swiss startup founders have flown to worldwide innovation hotspots in all industry domains to meet investors and build their awareness of making their startup a global business. Some venture leaders alumni were acquired by major industry players such as Apple or Intel, or count leading firms as their customers. In total they raised hundreds of millions of dollars with Swiss and international investors, some right after the venture leaders trip such as InterAx Biotech, who closed an investment round with Boston-based life science investors in 2016. In total, 42 venture leaders are listed in the actual TOP100 Swiss Startups ranking.

Event: Meet the venture leaders Life Science 2017 at EPF Lausanne on April 26, 2017
Mark the date of April 26, 2017, for the Startup Champions Seed Night at EPF Lausanne, co-organized with EPFL Alumni and the Innogrants. Starting at 5PM, the event will showcase 24 Swiss startups to watch, including the 20 winners of venture leaders Life Science and venture leaders China 2017. The keynote speaker will be Tej Tadi, the CEO of the “Swiss unicorn startup” MindMaze, and a former venture leader. Come and see the 24 world class startups pitch and vote for your favorite one at the evening’s Pitch competition (7PM)! Full program and applications (free event for the media). 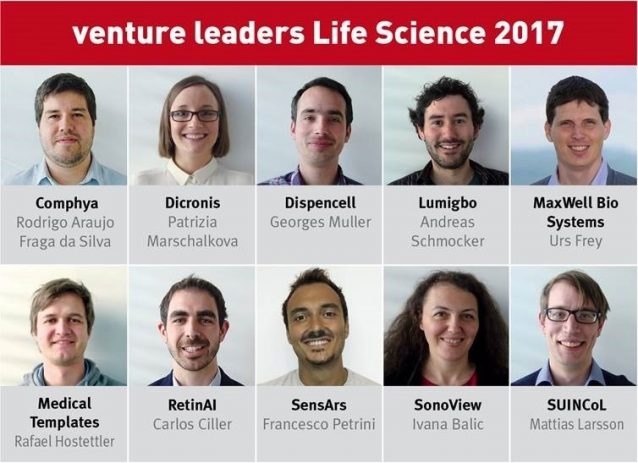 Comphya, Rodrigo Araujo Fraga da Silva (Medtech, EPFL)
Comphya develops an active implantable medical device to restore the erectile function of patients who are non-responsive to oral drugs (e.g. Viagra or Cialis). To achieve erection, these patients have access to problematic and outdated methods such as intrapenile injections of vasodilators or penile implants. Comphya fills the need for better modalities for these patients, with a main focus on spinal cord injury and prostatectomy patients, both large segments with high potential of use.

Dicronis, Patrizia Marschalkova (Medtech, ETHZ)
Lymphedema is a frequently occurring and serious complication of cancer therapies. It is a chronic and progressive disease, mostly outlined by the swelling of a limb due to improper function of the lymphatic system. Dicronis helps to drastically improve its prognosis by providing the earliest lymphedema diagnostic based on a micro-needles technology used to assess the lymphatic function in a simple, safe, minimally-invasive and cost-effective manner.

Lumigbo, Andreas Schmocker (Medtech, EPFL)
Every day, more than 1 million implants are placed using open surgery. Lumigbo developed a technology to build up implants inside the body using an access channel of less than half a millimeter in diameter. The procedure can be used for almost any type of polymer-based implant.

Medical Templates, Rafael Hostettler (Medtech, ETHZ)
Medical Templates developed the “Puncture Cube”, an ingeniously simple approach to computed tomography guided needle navigation in the body for biopsies and pain therapy. Targeted at interventional radiologists, the technology reduces radiation, intervention time and variance, while increasing patient comfort and safety. The solution has seen extremely positive user feedback. MedicalTemplates is now aiming towards FDA approval by the End of 2017 to enter the US market.

SensArs, Francesco Petrini (Medtech, EPFL)
Lower limb amputees suffer from a lack of sensory feedback from prostheses. Because of this, they experience falls due to unexpected perturbations, and walk asymmetrically facing high fatigue. Also, they feel the prosthesis as a foreign body and contract phantom limb pain. Due to such inconveniences, 60% of the amputees abandon their prosthesis. SensArs’ solution is SENSY, a unique worldwide product which allows amputees to naturally feel their missing limbs.