Every year in September since 2011, the TOP 100 Swiss Startup Award offers an instant picture of the most innovative and promising young companies in Switzerland. Based on the expertise of 100 investors and experts, each providing their TOP 10 allowing to establish the final ranking. The TOP 100 has become a label of recognition for the selected startups. The 2017 ranking will be announced on September 6th 2017 at the TOP 100 Swiss Startup Award and will be published in the Handelszeitung and PME magazine. 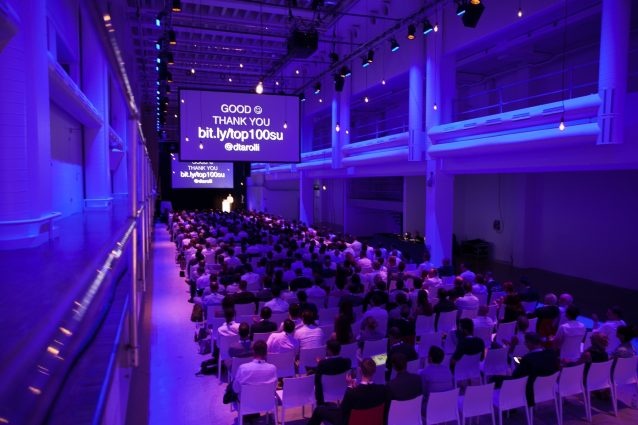 Introducing TOP 100 public voting
“We however got a lot of feedback that we should also be considering the voice of our ecosystem, not only of experts”, explains Stefan Steiner from venturelab who is organizing the TOP 100 Swiss Startup Award together with Jordi Montserrat and Beat Schillig. “We think it is essential to keep the current ranking based on the experts’ feedback as they are working with startups on a daily basis and know the Swiss startups by heart. However, adding a TOP 100 public voting was something we thought would extend the view and reach for the Swiss startups.”

The organizers are excited to see how the crowd and the TOP 100 expert ranking will compare. Jordi Montserrat adds: “The aim is also to give the startup influencers a broader voice, from Switzerland and abroad, as the international followers of the Swiss scene are rapidly increasing”.

Vote for your favorite startup
For its 7th edition, the public is invited to vote for the most promising Swiss startup in the TOP 100 public voting. Only startups that are incorporated after January 1st 2012 are eligible for the ranking. How can you vote? Go to www.startup.ch, select your favorite startup that matches the criteria and hit the TOP 100 public voting button.