TwingTec develops wind energy technology with kites. We talked with CTO Corey Houle about how the company was successfully set up and his trips with the venture leaders to USA & China. 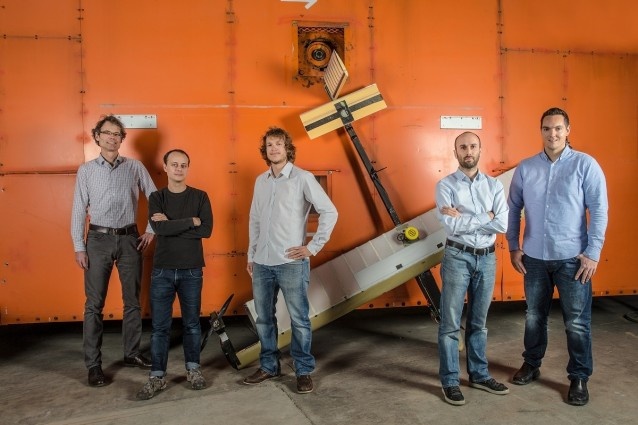 TwingTec develops and markets a new wind energy technology. The strong and persistent winds at high altitudes are harvested with tethered wings (twings) and transformed into electrical power on the ground. TwingTec’s technology allows a reduction in both the cost and in the environmental impact of wind energy, whilst making new sites available both on- and off-shore. 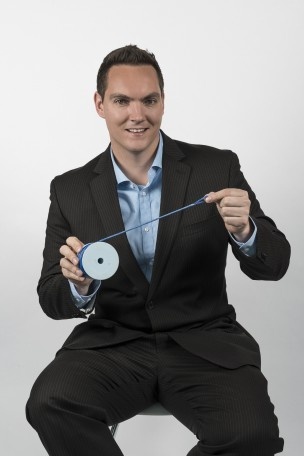 Corey Houle is the CTO of the company and responsible for their product development and marketing efforts. Before he joined TwingTec, he already worked in Switzerland: “I was trained as a mechanical engineer in Canada before moving to Switzerland in 2007 to work at Fachhochschule Nordwestschweiz”, he said. “While I was working as a research engineer, I read an article about producing energy with kites. I instantly got interested in this topic.”

Houle started working on this technology independently through a student project sponsored by FHNW and Alstom AG. “Then I saw an episode of ‘Einstein’ on TV where Rolf Luchsinger and his group appeared. They showed their kite technology and I was hooked from the get-go”, Houle said. Luchsinger and his team were working in the air and Houle on the ground: “It was a perfect match”, he adds. With the support of his professor Heinz Burtscher at FHNW and with the new friendship with Luchsinger he started working on kite powered energy and was responsible for the formation of the SwissKitePower group. Houle also co-founded a Canadian start-up, Crosswind Power Systems, which focused on developing a kite power system for remote applications.

“Rolf Luchsinger and I started this work as a scientific project supported by Empa, FHNW, ETH and Alstom AG. But after two years we needed more money”, he said. Therefore TwingTec was founded in summer 2013 to raise money and to own the IP being generated by our development activities. If possible, Houle and Luchsinger always pitch TwingTec’s story together. This unique approach has gained them some success. TwingTec was part of the venture leaders USA program in 2014. Houle says: “venture leaders USA was great. I had an fruitful time with all the participants and with the management team, Beat Schillig and Jordi Montserrat.” In the same year they won the Venture Kick final, therefore earning 130.000 Swiss Francs.

Last year Houle represented his company at the venture leaders China program. He explains: “We could imagine setting up our ground station there, but we first needed to make some contacts. This was the main reason for us to apply for this program.” He traveled to Shanghai, Beijing and Shenzhen with nine other high-tech startups. “The program was unique and I met a lot of great people. This trip really opened my eyes to what is going on in China and I’m convinced, that this will be an important market for us in the future”, Houle said.

TwingTec announced the closing of a financing round in December. Current investors including ZKB and Festo as well as new investors from StartAngels Network and Business Angels Switzerland have contributed.

TwingTec is a Swiss-based company, but the early markets for the startup are in Canada, Australia and South America or any other countries with off-grid industries such as mining or mineral exploration. Are Houle and his co-workers thinking about going abroad? “Yes, we talked about it. A good portion of us would be ok with it. But we will have to decide this when the time is right. But even if Switzerland is not our main market, it is still a great place to develop the technology and even create key components of our system such as the twings” Eventually it will probably make more sense to move to where our customers are, but Houle adds: “It would also work if we open sales offices in our key markets.”

Apply for the venture leaders program
The venture leaders – the members of the Swiss national startup teams – have a clear-cut goal. They envision themselves as global players and want to take the first step to their global expansion. These business development programs are specifically structured to help them achieve this goal. Be part of it!

If you belong to the top Life Science, health tech, clean tech or enabling tech startups in Switzerland and want to boost your future, then you have to apply to be a member of the Swiss national startup team in Life Sciences for a rocking week in the Boston area, one of the major worldwide life science hubs.

If you belong to the top Technology startups in Switzerland and want to boost your future, then you need to apply to be a member of the Swiss national startup team in Technology for a rocking week in the Big Apple, the fastest-growing startup technology ecosystem in the US.

venture leaders Technology 2017: And the winners are…