Last week the 2010 Venture Kick winner and 2017 venture leaders China Climeworks made history and launched the world’s first commercial plant that captures atmospheric CO2 for supply and sale to a customer, in Hinwil (ZH). The company unveiled the Direct Air Capture plant, featuring its breakthrough technology that filters carbon dioxide from ambient air. The plant is now supplying 900 tons of CO2 annually to a nearby greenhouse as non-fossil energy to help grow vegetables. The technology could help cut 1 percent of global fossil fuel emissions by 2025, the ambitious goal of Climeworks’ co-founders, Christoph Gebald and Jan Wurzbacher 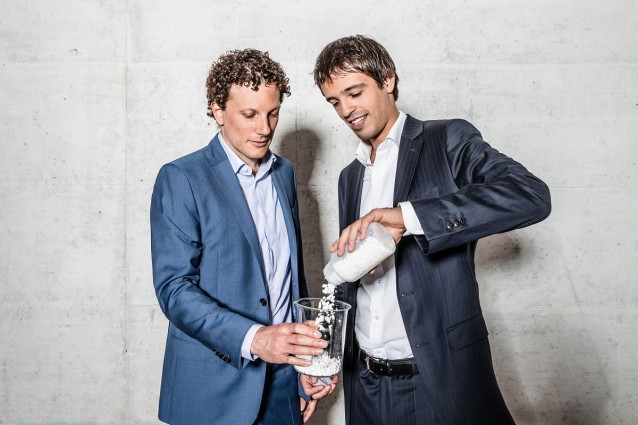 The startup from Zurich invited over 200 persons from politics, science and media to the agricultural greenhouse of Gebrüder Meier Primanatura – the company’s first customer – to launch the plant. Several passionate speeches were delivered. For example Lino Guzzella, the President of ETH Zurich, said to the team of Climeworks: “I’m proud of what you have been doing so far”.

Carbon dioxide emissions are a main driver of climate change, and current levels of atmospheric CO2 are unprecedented in human history. Donald Trump and the USA pulled out of the Paris Agreement on the day after the launch, however the startup from Switzerland has taken the challenge to reduce carbon emissions! 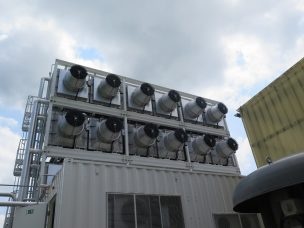 The world’s first commercial plant that captures atmospheric CO2 for supply and sale to a customer is in Hinwil.

Support by Venture Kick
Climeworks was founded in 2009 by Jan Wurzbacher and Christoph Gebald. During the launch event, Gebald personally thanked Beat Schillig and Venture Kick for their support: “Nobody believed that we could pull this off. But Beat and his team gave us confidence. And look at us now!”

Julio Friedmann of Lawrence Livermore National Laboratory (LLNL) was very excited. In his speech he said: “This is the start of new carbon economy and the birth of anew tech specie.” He and Thomas Stocker of the Intergovernmental Panel on Climate Change (IPCC) emphasized that the world will not stop to reduce CO2 emissions – even without the USA.

With Climeworks, the world now has a scientific tool to take on the challenge. And the startup will also be part of venture leaders China in June 2017: “As one of the leading emerging countries, China needs green technologies to help its economy grow in a more sustainable way, where our Swiss startup could seize the opportunity and play an important role”, said swissnex China after the World Premiere.

The media coverage on the unveiling was huge. The whole world reported on Climeworks:

Learn more about Climeworks and the launch in this video:

Here is the whole video of the unveiling ceremony: