Five Swiss startups – Archilogic, Ava, Crowd, Gamaya and Monetas – enjoyed an exciting week. The winners of the third Swisscom StartUp Challenge travelled to Silicon Valley, where they completed a mentoring programme. Two of the winners will now receive an injection of capital. Swisscom Ventures will be supporting Ava and Crowd with financial resources from its Early Stage Fund. 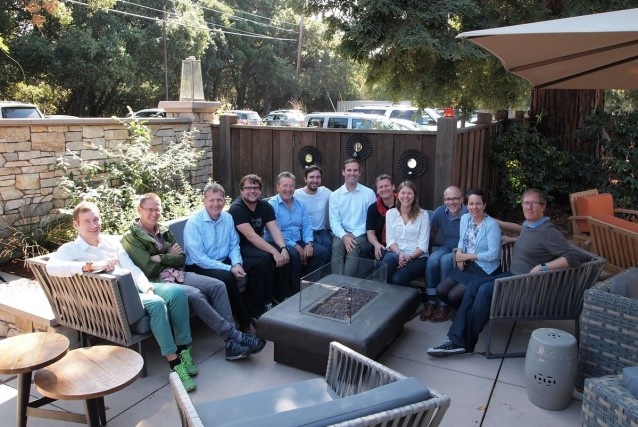 The five winner startups have spent the last week in Silicon Valley. The aim of the mentoring programme was to establish contacts with potential partners and investors, further develop the individual companies’ business models and gain inspiration from past success stories. Silicon Valley continues to prove attractive to tech startups, as there is a culture here that believes in opportunities for success.

The winners had the chance to give their pitches to Artiman, one of the major investment firms in Silicon Valley. Four venture capitalists took time out of their busy schedules to take a closer look at three of the winners and their products. The main lesson that the startups learned from this was that you need more than a flashy presentation to raise capital. The startups were also told of the importance of developing the right network. In all of the pitches, the experts offered to introduce the startup companies to important players in the industry. 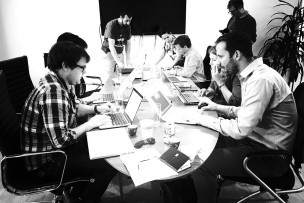 “The winners demonstrated their potential“
“The quality of the winners of this year’s Swisscom StartUp Challenge even managed to impress the hard-to-please audience in Silicon Valley,” says Beat Schillig, Managing Director of venturelab, who accompanied the finalists and provided support throughout the week in his role as mentor. “Swisscom introduced the start-ups to many important people in the industry and allowed them to get their feet in the door with investors. The start-ups now have their hands full in closing out the deals they lined up.”

Roger Wüthrich-Hasenböhler, initiator of the Swisscom StartUp Challenge and Head of the SME division, also strikes a positive note: “The winners demonstrated their potential. We will follow their further development with great interest.” 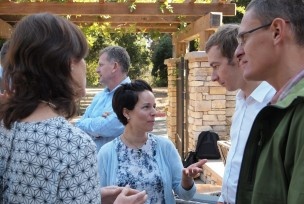 Ava & Crowd receive an Early Stage Fund
Ava has developed a smart wristband that helps couples to plan a pregnancy. Reliable predictions can be made as regards ovulation, with a mobile app discreetly indicating the most fertile days. Ava is currently preparing for market launch in the US and has opened an office in San Francisco. Swisscom is teaming up with Zürcher Kantonalbank ZKB and various business angels to invest approximately CHF 2 million in the business as part of a seed round. The Startup recently won the Venture Kick finale and 130’000 CHF.

The app created by Crowd simplifies the way in which you organise your free time. Activities, meeting points and times can be agreed upon in groups and the app can also be used as an events calendar and personal diary. It is based on a self-learning algorithm, developed in partnership with the ETH. Swisscom is investing in this startup together with the investiere.ch investment platform. All of the parties have agreed not to disclose the amounts being invested.

Overview of the five winners of the Swisscom StartUp Challenge

Archilogic, Zurich (e-commerce)
Archilogic breathes life into 2D plans and generates 3D models of apartments, rooms or houses. The browser-based, interactive 3D models allow users to virtually walk through property online and even to furnish it. The models can also be shared as a link via e-mail or social media and can be integrated in websites or presentations.

Ava, Zurich (e-health)
Ava has developed a wearable that helps couples conceive and bring a healthy child into the world. The arm band, based on a fundamental understanding of human physiology, reproductive medicine, sensor technology and big data analysis, is worn at night and produces precise measurements of all parameters that allow couples to reliably determine when the woman is ovulating. A mobile app then discreetly indicates the most fertile days. Ava has been part of the venture leaders program in June. Check out their video:

Crowd, Zurich (media)
The Crowd app, developed by start-up Gimalon, helps users coordinate their leisure time by making it easy to organise a meet-up with friends or a party. It allows groups to exchange information and to vote on things to do and the time and place to meet. The app also offers another advantage: it acts as an event calendar and personal diary.

Gamaya, Lausanne (big data)
Using a hyperspectral imaging (HSI) camera, Gamaya renders the chemical composition of substances visible, capturing details the human eye cannot see. The technology is intended for the analysis of plants and arable soil in a bid to make farming more efficient. It delivers data that allows farmers to recognise when a plant or soil is lacking water or nutrients, and to work their fields or combat diseases in a much more targeted manner.

Monetas, Zug (fintech)
Monetas is developing a decentralised system for financial and legal transactions. The platform enables quick money transfers, as well as transfers of valuable items that can be transferred digitally such as shares or contracts. The items are safely stored thanks to the combination of Blockchain technology and a cryptographically secured P2P network. These decentralised networks allow institutions, private individuals and business customers to trade all national and digital currencies as well as any kind of security.

Swisscom StartUp Challenge: And the five winners are …