This week’s Startup Essential workshop kicked off with Lead Speaker Philip Hassler (venturelab) emphasising the importance of having a great team. He claimed that most investors prefer „a good jockey on a bad horse, rather than the other way around“, meaning that they often put even more importance on the team, than on the startup idea. 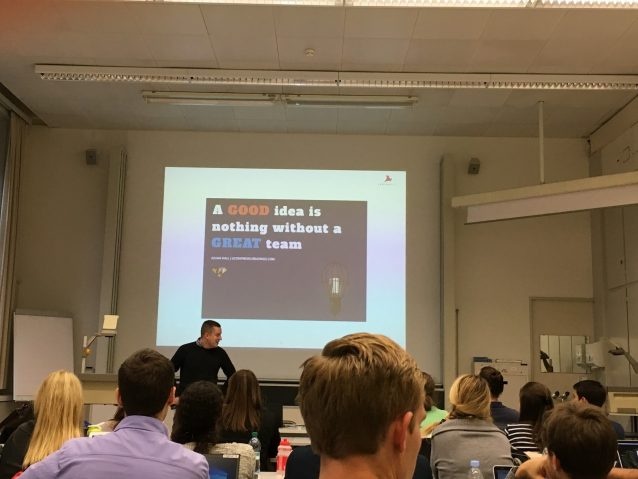 Indeed, the competence of the team has become known to be the „K.O. criteria“ of investors, with 95% of investors putting the most importance on this. Philip then went on to give suggestions for when the first employees are hired: Trust people to do their job, let go of people quickly if they aren’t performing and only hire people who can do their job better than you could and who are motivated intrinsically.

Furthermore, it is recommendable to employ only highly talented people in the beginning, as „A brings A, but B brings C“, implying that talented employees will only bring in people that are on the same level as they are. A further issue that was spoken on was the amount of salary that the CEO receives. This is important, seeing as this number is often a success predictor: A startup is more likely to succeed if the CEO salary is relatively low, because it sets the cap for everyone else’s salary. So if it is high, you end up spending a whole lot more money. Viktor Calabrò, CEO & Founder of Staff Finder, picked up on the subject of salaries by addressing the challenge of recruiting top talent without offering them their usual (high) salary, saying: „In order to attract top talent to your startup, you have to make them believe that you can change the world together!“

Further, he advised participants to go out of their way to actually speak to customers, regardless of position in the startup. The session closed with two startup teams giving presentations on how their startup team is structured, followed by feedback from Viktor. If you want to learn more about Calabrò, visit the upcoming Startimpuls event in Bern with him as guest speaker.

The Startup Essentials are a great format for young and ambitious entrepreneurs. Loads of success have already participants from the last semester course like Clara Beck from TapTools, Tauras Sinkevicius from WedMap or Raphael Gindrat from BestMile.